25 YEARS OF HELPING HERE AND NOW 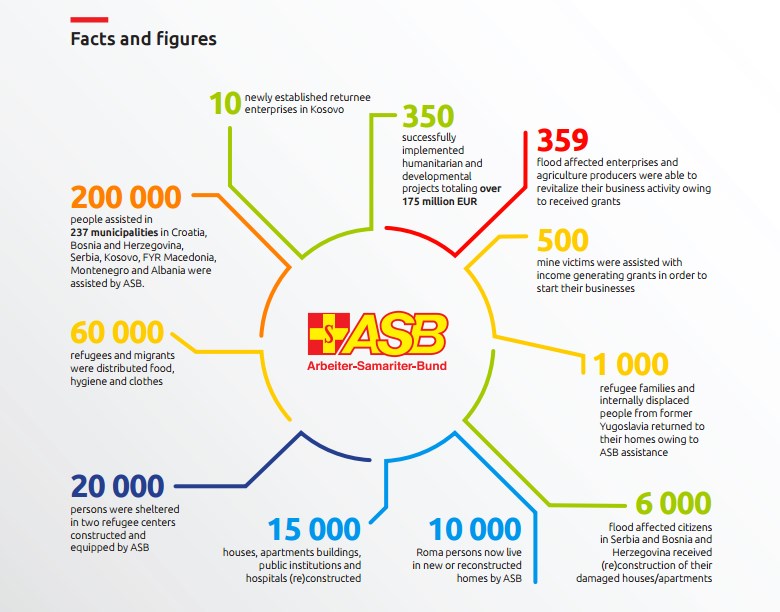 First humanitarian convoys entering the besieged city of Mostar in the war-year of 1992 in BiH, were marked with the logo of the German non-governmental organization, Arbeiter-Samariter-Bund (ASB). Helping poor, marginalized and vulnerable people, refugees, minorities, children, people with disabilities, victims of violence and all other people in need is the main pillar of ASB mission in the region of South East Europe.

The recognition of the ASB efforts and consequent impact in the Balkan region is confirmed beyond any doubt by the large spectrum of donors vesting their significant funds to ASB for implementation of numerous projects in the last twenty five years. Among them are: European Union Structures and international organizations (EC, ECHO, EAR, UNHCR; UNDP), bilateral international donors (Governments of Germany, USA, Netherlands, Belgium, Austria, Sweden, and Norway), bilateral regional donors (Governments of Croatia, BiH, Serbia and Kosovo), private donors and ASB itself.