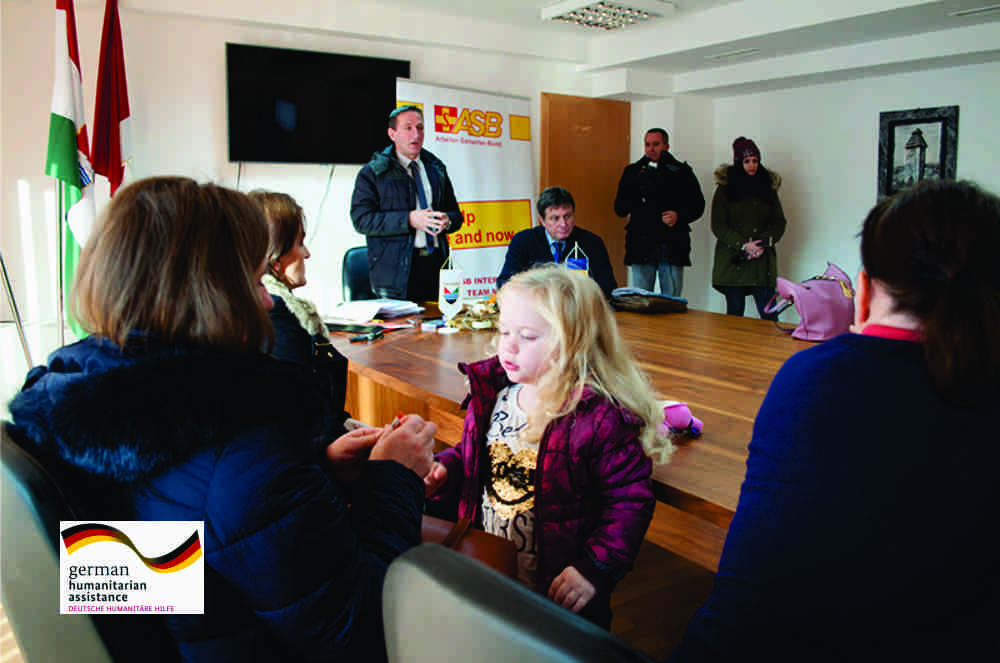 Ministry of Foreign Affairs of Federal Republic of Germany , has been continuously providing funds for projects assisting the most vulnerable societal groups in Bosnia and Herzegovina. One of such projects „Socio-economic support to most vulnerable families through provision of greenhouses in the municipalities of Gornji Vakuf-Uskoplje, Pale-Praca, Foca-Ustikolina and Gorazde” implemented by Arbeiter-Samariter-Bund Deutschland e.V is closing to its end in February 2018. Within the project valued € 92,750, in four municipalities 56 vulnerable families are provided with greenhouses and associated agricultural training. The interactive project approach designed by ASB has enabled its beneficiaries, social cases form lists of local Social Welfare Centres, to directly shape their own future through agricultural production close to their homes, place products onto the local market and generate income for more decent living. Target municipalities fully supported the project and contributed financially in the total amount of € 10,200.

n December 2017, the official handover ceremony took place in the municipality of Gornji Vakuf when 16 beneficiary families signed Certificates of Receipt and Contract for proper use of donated economic grants in presence of municipal Mayor, Mr. Sead Causevic, director of the Centre for Social Welfare, Mr Ivo Juricevic and ASB director for South East Europe, Mr Elmir Bojadzic. During his speech followed up by local media, the mayor has warmly thanked German Government and ASB for excellent cooperation, effective and continuous support provided in recent years to the municipality of Gornji Vakuf-Uskoplje. He stated that “our German friends will always remain in our hearts, have our full technical support and municipal financial contribution for such excellent type of projects that directly remove barriers towards better life of the most vulnerable.” The mayor and beneficiaries agreed that “.such projects simultaneously help both vulnerable families but also the municipality to better cope with evident budgetary constraints and enable local administration to provide social care to others in need.” One of project beneficiaries, single mother with four small children, speaking on behalf of all 16 beneficiary families, said that “this project really and truly helps us to earn more for living and activates our spirit and motivation to fight for better life.” Municipality of Gornji Vakuf-Uskoplje has itself financially contributed to the project in the amount of €˘4,000.