Winter aid for refugees in Serbia 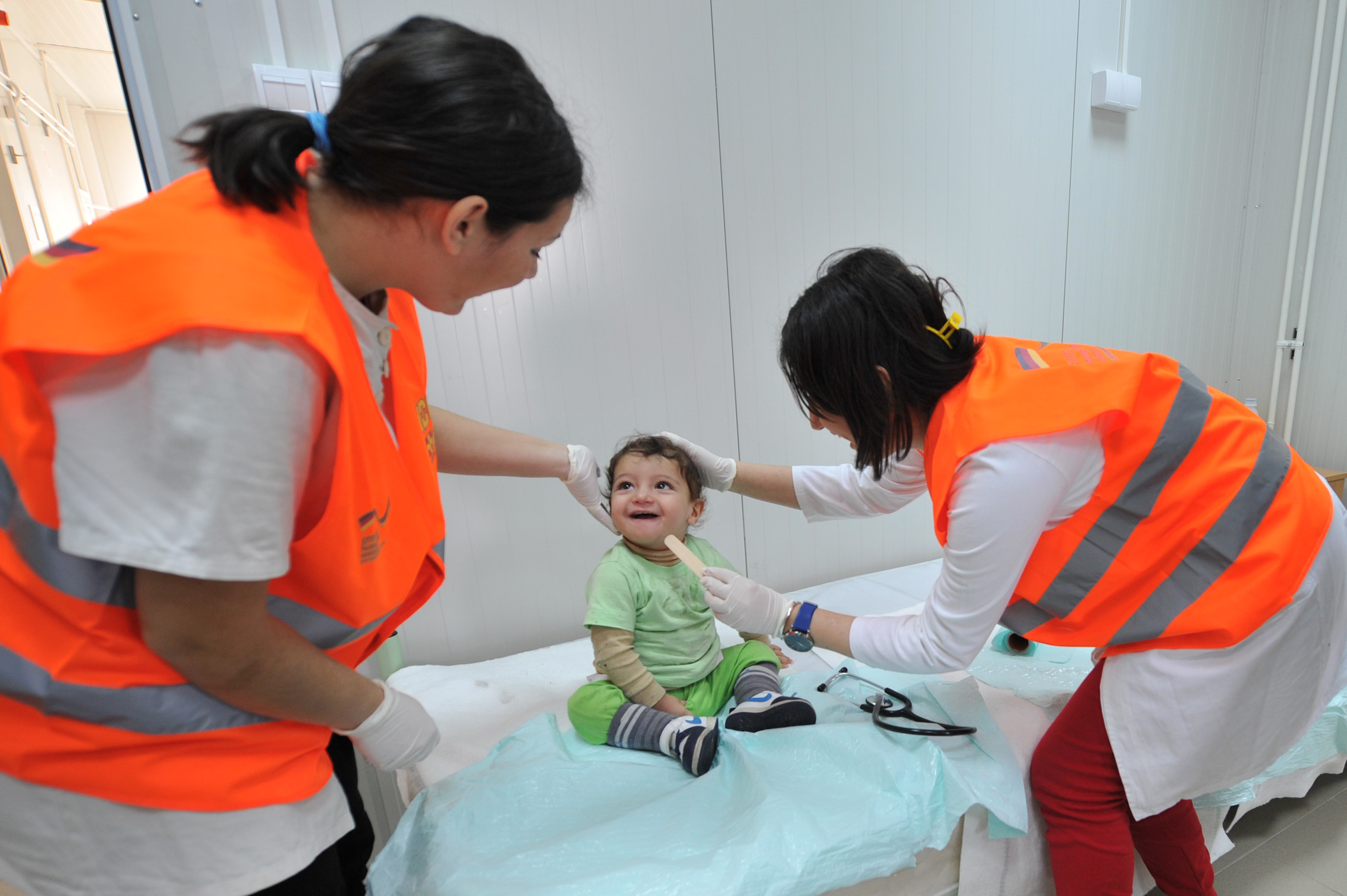 ASB is providing comprehensive winter aid in Serbia, where current temperatures reach -10° and more than 6000 people are situated in 13 centers/shelters all over the country and almost 2000 are staying in Belgrade City centre, Subotica bus station or in improvised shelters at the border line area of Serbia and Hungary.

Provision of food for the refugees is growing need, especially after the Commissariat for Refugees and Migrations appeal for the additional assistance after the January 2017, when current stocks are expiring. For this reason ASB is providing three cooked meals for refugees hosted in three centers: Dimitrovgrad, Bosilegrad and Subotica. Furthermore, health situation is worrying, due to body-lice infections in the centers, resulted with increased need for disinfection and hygiene at all locations. Additional problem are refugees who are not covered with health assistance outside of the centers, as potentially in danger of illness and transferring infections. Medication stocks are declining, at the moment mostly needed are: antibiotics and analgesics as well as medicines for chronic illnesses due to longer stay of the refugees in the camps. Because of that, ASB and partner organization IDC has been focused on medical assistance to refugees, especially in the centers that host large number of children and families. Six doctor teams have been established under the project implemented by ASB and funded by German Federal Foreign Office. Those teams with 27 doctors and nurses are providing assistance in refugee camps in towns of Subotica, Sombor, Dimitrovgrad and Šid. During the past year these teams were able to help more than 17.000 people. 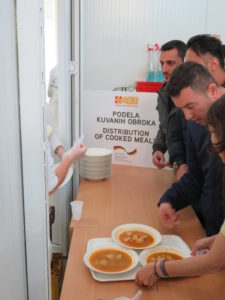 Distribution of cooked meals in DImitrovgrad 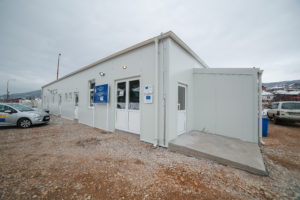 Refugee Reception and Transit Center in Dimitrovgrad, constructed by Arbeiter Samariter Bund Deutschland and funded by the European Union and German Ministry of Foreign Affairs, was officially opened in December. Center situated on the border line area of Serbia and Bulgaria, currently hosts 92 people and more than half of them are children. Capacity of the Center is 120 beds and is increased with 8 containers next to it. Center is has three dormitories, registration and administration offices, medical block with isolation room, dining room, sanitary blocks and a gallery as a children space. Special attention in food and medication was taken in account in this center which shelters predominantly babies, children and families. Apart from the shelter, ASB is providing three cooked meals per day to people staying in Dimitrovgrad Center, and medical assistance in partnership with organization IDC. ASB also distributed medical supplies and necessary hygiene for the centre and donated needed clothes.

Subotica Reception Center, another center constructed and equipped by ASB, is situated in the northern part of the country and currently hosts 200 people. Center was constructed in November 2015. and was able to accommodate more than 300 people daily during the summer. Centre was constructed as a transit shelter, but due to the changed circumstances and inability to pass the Hungarian border, people are staying in the camp for months. One of those is sixteen year old Parham who has been sheltered in the camp for over five months now.

“I’m coming from Iran, but I wanted to go to Europe and find my luck there. Because my country is not war affected, I will be deported to my homeland in the next period. I tried to pass to Hungary by myself and was caught, so I ended up in this camp. Still it’s good here. Food is very nice, people are friendly and it’s clean” tells Parham.

ASB continues to provide three cooked meals per day in the center, and will continue to do so in the next period. Medical team is present in this camp as well and is providing assistance, especially necessary during the cold days when respiratory infections are common. In the next period in the city of Subotica, ASB will start the adaptation of old part construction of new block in the Ambulance 1. for which 53.000 Euros was allocated. This will enable better health service for local population and refugees staying in the city.