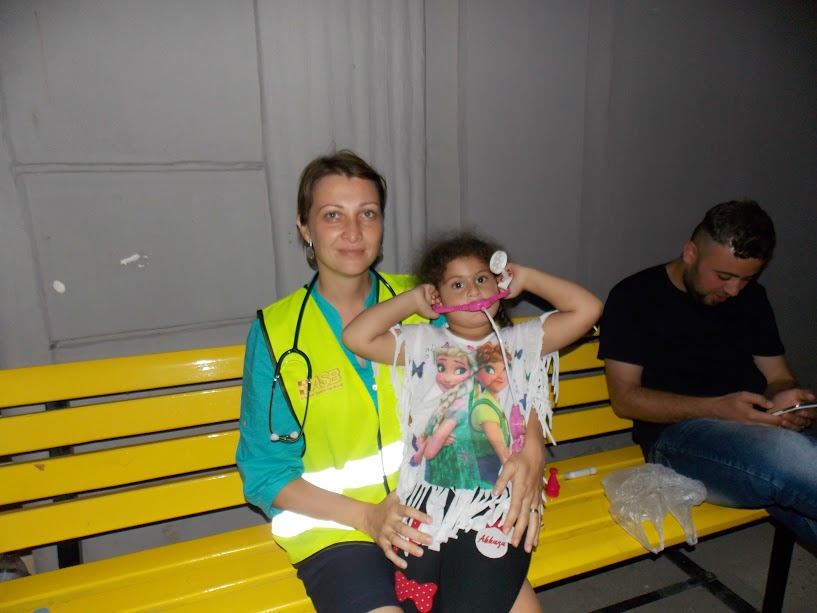 An estimated 6,300 refugees and migrants remain in Serbia according to information provided by authorities and UNHCR. Of those, around 86% were accommodated in governmental facilities, including 1,863 in the five Asylum Centres and 3,137 in Refugee Aid Points (RAPs) or Reception Centres (RCs). With almost all governmental accommodation fully occupied, 950 people slept rough in the centre of Belgrade or at the two sites near the Hungarian border.During September some of 300-400 refugees per day were sheltered by the Commissariat TC in Subotica, which was constructed by ASB with the funds provided by German Federal Foreign Office

Providing assistance to refugees and migrants in Serbia

Project “Support to Syrian refugees both in camps and en-route in Serbia, FYROM and Greece” in the total value of € 1.980.000 is funded by the German Federal Foreign Office and implemented by  Arbeiter-Samariter-Bund Deutschland e.V – ASB in cooperation with Association for social support of the youth – ARSIS, Initiative for Development and Cooperation – IDC and PREDA Plus.  Project has been jointly developed by four organizations in order to contribute to the improvement of the refugee situation in Serbia, FYROM and Greece and to reduce vulnerability of refugees in these countries.

In Serbia, ASB activities focus on distribution of aid supplies, protection of vulnerable groups through provision of medical assistance and on improvement of infrastructure in reception centers, namely in Subotica and Dimitrovgrad. Until October, ASB distributed total of 9 000 hygiene packages directly to migrants, and 4 500 packages for reception centers.

ASB’s partner Initiative for Development and Cooperation, throughout the project funded by the GFM, established 4 volunteer medical teams which have been active in  Subotica, Šid Dimitrovgrad and Principovac. In Subotica, these doctors and nurses, by now, provided medical treatment to 5,849 refuges and migrants in Transit centres and for those who are still out of shelters. The beneficiaries were 3,756 adults and 2,093 children. Besides regular medical treatment by doctors and medical staff, IDC medical team in Šid provides dental services as well.  Dental services are provided to the migrants from all three camps on the territory of the municipality of Sid in the premises of Community Health Center Sid. In cooperation with Community Health Center of Subotica, IDC provided an ambulance vehicle for the needs of transport of migrants on the territory of Subotica from refugee center to medical institutions.

Volunteer team consisted of 25 volunteers was established as part of the project. The volunteer team In Serbia support medical teams in Sid, Subotica and Dimitrovgrad (sorting, packing and transporting necessary medicines, collecting date on the provided medical services and other actions such as delivering hygiene packages). From June until October 2016. 186 volunteer actions were realized with estimated number of 4,500 beneficiaries in total.

Renovation works and deliveries of equipment to Transite centres in Serbia, namely  Subotica and Dimitrovgrad will start in the next two weeks and will  realized during November.