The Arbeiter-Samariter-Bund (ASB) is continuously on call in North Rhine-Westfalen and Rheinland-Pfalz to help deal with the damage caused by the extreme flooding. Currently, some 1,000 ASB emergency workers are providing assistance in the municipalities affected by the floods.

From July 14 to 15, 2021, heavy rainfall occurred in western Germany and the neighboring countries of the Netherlands, Belgium, and Luxembourg. A storm complex moved from eastern France into Germany and remained in the area for two days. The German federal states of Nordrhein-Westfalen and Rheinland-Pfalz (Länder) had particularly heavy rainfall, with an average accumulation of between 100 and 150 mm. In Reifferscheid, it dropped 207 mm in 9 hours, while in Cologne it dropped 154 mm in 24 hours. According to the German Meteorological Agency, some of the affected areas have not experienced rainfall of this magnitude for more than 100 years. Belgium, Germany, the Netherlands and Switzerland experienced their first floods on July 14, 2021 after the rain. In Western Europe, several rivers were flooded.

The Arbeiter-Samariter-Bund (ASB) is continuously on call in North Rhine-Westphalia and Rheinland-Pfalz to help deal with the damage caused by the extreme flooding. Currently, 1,000 ASB emergency workers are providing assistance in the municipalities affected by the floods.

In North Rhine-Westphalia, more than 600 ASB volunteers are working in the most severely affected areas, especially in the administrative districts of Cologne, Düsseldorf, Hagen, in the Bergisches Land, in the Lower Rhine and in the district of Mettmann. In Rheinland-Pfalz, too, numerous local and district ASB branches are involved in relief work.

On one hand, attention is focused on rescuing and evacuating people affected by the floods and providing care in emergency shelters. The ASB rescued people trapped in their houses, evacuated hospitals and older adults’ homes and set up emergency shelters and medical tents, as well as provided food to evacuees and emergency workers. 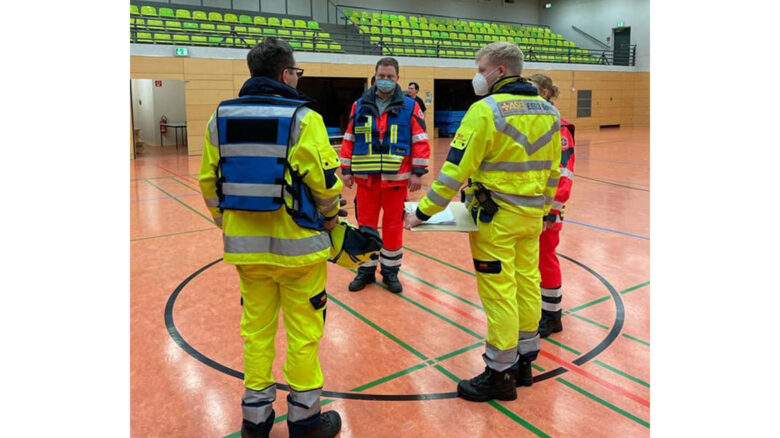 On the other hand, several ASB branches in other regions are supporting with relief supplies and emergency personnel. Currently, for example, relief supplies are being delivered from the town of Riesa in Saxony, which was affected by the Elbe floods in 2013. The local ASB association, Riesa e.V., is supporting with 50 dehumidification devices, five professional high-pressure cleaners, five emergency power generators and a backup power supply system. ASB’s disaster control unit from Leipzig also went to the flooded area to support their colleagues in the rescue and clean-up work.

Relief supplies are urgently needed for cleanup efforts. The aid supplies are helping those affected to clean their apartments and houses and to remove humidity from the masonry. This is an important first step in dealing with the consequences of the flood catastrophe for those affected.

The federal president of ASB, Knut Fleckensteinexplained: “Arbeiter-Samariter-Bund has brought the first aid supplies to the affected regions to support people in the clean-up work. Building dryers and high-pressure cleaners are a first aid to clean floors and houses and make them habitable again. However, it will take a long time to repair the severe damage caused by the flood catastrophe in the regions. ASB will continue to provide assistance and support to those affected.”

ASB is preparing to distribute 700 hygiene kits (shower gel, shampoo, toothpaste, toothbrush, disinfectant, insect repellent and FFP2 masks) and 1,000 sleeping bags, as well as childcare kits, such as board games and painting utensils.