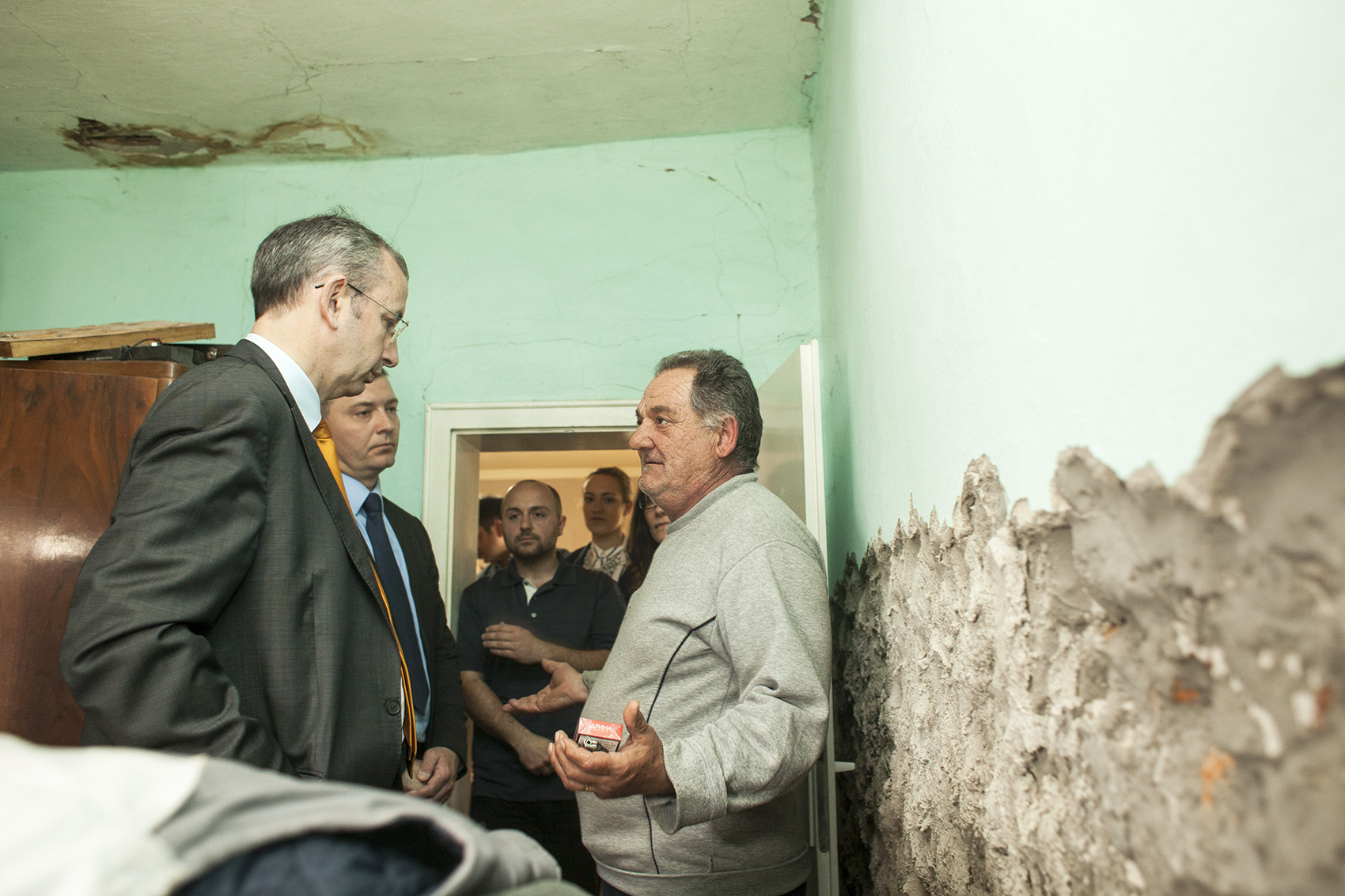 The house of Mileta Jovanović (52) and his son Milan (31) was severely damaged during the floods in May 2014. The water level was 20 cm, but the house suffered the significant damage because if was built with bricks without concrete elements.  This two member family lives on modest income – Mileta inherited late wife’s pension and his son Milan earns by working in elementary school as mathematic professor with 60% of working time.

“We received state assistance for our damaged house, but it wasn’t enough. With that money we were able to reconstruct only part of the house. Without the EU support it wouldn’t be possible to finish our house and because of that we are really grateful and can’t wait for everything to be finished” says Mileta Jovanovic.

Mileta is only one of 20 beneficiaries whose houses will be reconstructed in Sabac, under the second phase of the EU for flood relief in Serbia programme. During the 2015, the European Union funded the construction of one new house and reconstruction of 27 homes in Sabac with 188,000 Euros. All houses were equipped with basic furniture and home appliances according to realistic beneficiary needs. Furthermore, EU support to 31 micro and small agriculture businesses included the equipment and raw material and was worth some 72,000 Euros.

The European Union Assistance for Flood Relief in Šabac is estimated at 1,866,807 Euros through the IPA 2012, IPA 2014 and the EU Solidarity Fund funded projects. Projects are implemented by programme partners UNOPS, Arbeiter Samariter Bund (ASB) and FAO.