Marking the beginning of construction of new houses for Roma families 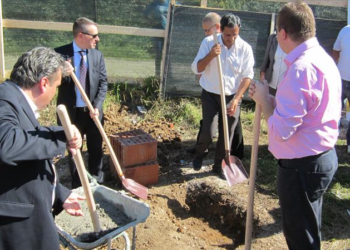 A ceremony to mark the beginning of construction of housing units for Roma families under the EU-financed project ‘Roma Action’ was held in Bihac on 9 October.

The ‘Roma Action’ project that supports socio-economic inclusion of Roma people in BiH through housing, socio-economic measures with proactive participation of local authorities and other stakeholders is financed by the European Union through the Instrument for Pre-accession Assistance (IPA 2011) in the amount of 2.5 million Euro and co-funded by local authorities in the amount of 545,037 Euro. In total 152 housing units will be (re)constructed for the Roma families within the project. The Project is implemented by Hilfswerk Austria International, in partnership with Arbeiter-Samariter-Bund Deutschland e.V (ASB) and Kali Sara – Crna Sara Association.