“Leaving no one behind” SDI National Conference in Pristine 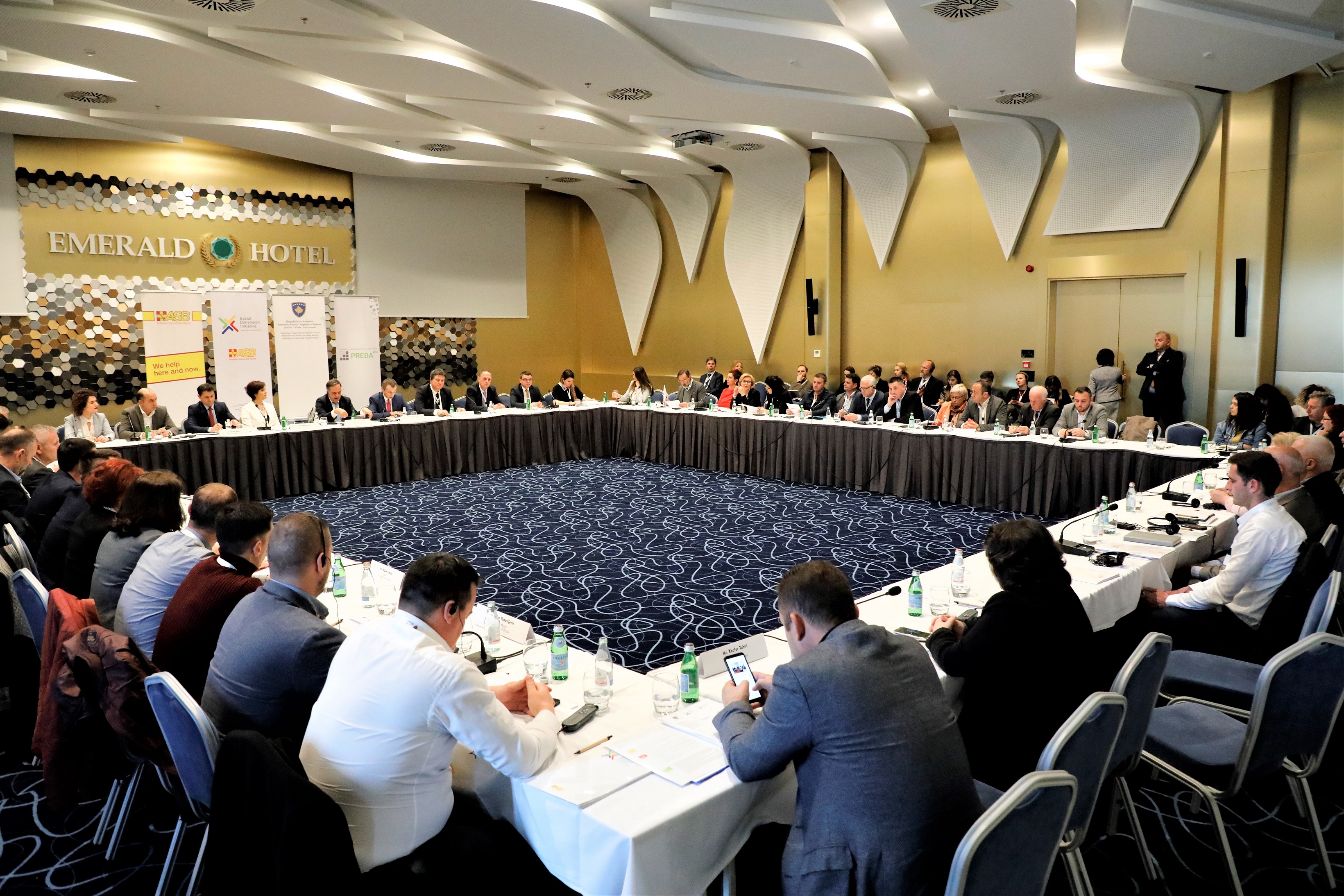 The first opening remark session of the conference was opened and moderated by the Minister for Labor and Social Welfare Mr.Skender Recica. In the opening remark session Mr. Recica appointed out that “The Social Dimension Initiative” started with the aim of highlighting the need for better social and employment policies in the Western Balkan enlargement process, beyond the EU’s social inclusion framework.

SDI should be joint effort of all institutions and NGOs but civil society also to create better condition for all. Focus should be on employment policies and better integration of this countries in EU, so no one be left behind, underlined Minister.

European Union continues to support SDI efforts, thus Knut W. Fleckenstein, ASB Federal Board Chairperson and the Member of the European Parliament, pointed out: Be sure that EU Parliament is on your side and that SDI will happen, because that is also the question of our credibility.

During their presentation they pointed the main purpose of this initiative “Living no one behind” by addressing country specific topics and needs and also to enhance and continue the dialogue with the European partners. Discussed specific social needs and problems in Kosovo and also addressed the issues of IPA funding and support.

The purpose of the Initiative is to enhance the dialog between the civil sector, citizens and political elites both in the EU and WB on the necessity of the social dimension of the EU integrations for the WB countries while additionally promoting core values of the Union and tangible benefits from the accession.

Regional Director for ASB South East Europe Mr. Elmir Bojadzic reminded that ASB with national partners and IRIS network of over 200 NGOs, has been playing a leading role in the social field in past decade in WB region, so we felt motivated encouraged and capable to initiate, finance and implement SDI for EU integration of WB

Mrs.Dafina Hoxha, Country Director for ASB in Kosovo and Fatos Raifi Country Director for PREDA Plus, national partner in Kosovo explained that SDI on Kosovo will be implemented in 9 selected municipalities nominated by the Ministry and around 30 ready-to-be-funded social project will be developed, covering social problems from empowering of youth for life and work, through reconstruction of social centre, schools, yards, sports centres, to the provision social services and help to most vulnerable groups.

This event was second of six national conferences planned to take place in next period in all WB countries selected for implementation of the SDI project.

Next conference is planned for May 10th in Podgorica, Montenegro.

The Social Dimension Initiative was launched in 2018 as part of the endeavor of the ASB and local civil society organisations from the Western Balkans, and supported by a group of distinguished members of the European Parliament, to enhance dialogue between the civil sector, citizens and political elites both in European Union (EU) and WB on the necessity of stronger social dimension of the EU integration for WB countries.  Already at the Regional Conference held in November 2018 in Belgrade, the SDI gathered Ministers in charge of the social policy from Western Balkans, regional civil society and media as well as representatives of the EU institutions and other international partners have expressed their firm commitment to support the Initiative. On this occasion, the Declaration on Improving Social Policy in the Western Balkans was signed by all WB social Ministers and constructive dialogue initiated furthering improvement of social and employment policies and measures.