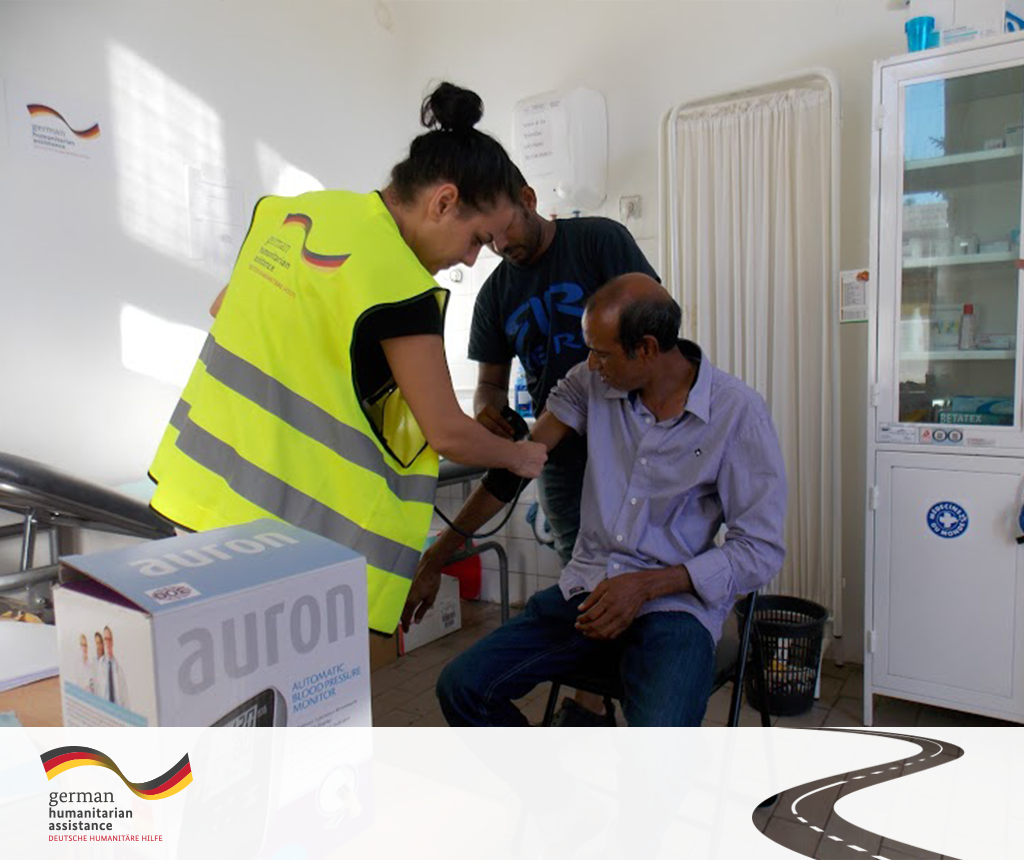 According to the UNHCR reports, total number of refugees, migrants and asylum seekers in Serbia is estimated at 4900 people. Compared to the September 2015. influx of people has been decreasing (during September 2015, 4000 people have been entering Serbia daily), but now average stay in the country is significantly prolonged. Most of them (above 85%) are situated in Asylum Centers, Refugee Aid Points and Reception Centers. One of those centers, constructed and adapted by ASB, with the funds provided by German Federal Foreign Office, is Subotica Reception centre currently hosting 300 refugees and migrants. In this center ASB reconstructed old dormitory building, management and medical building, constructed new facility with kitchen, dining room and two sanitary blocks and concluded all infrastructure works on installation of sewage and water supply network as well as on heating system. Apart from infrastructural works, ASB is regularly distributing hygiene necessities and medicaments for this centre.

ASB’s partner Initiative for Development and Cooperation, throughout the project funded by the GFM, established volunteer medical teams which have been active in 3 municipalities Subotica, Šid and Dimitrovgrad. In Subotica, these doctors and nurses, by now, provided medical treatment to 2055 refuges and migrants.  For the same period medical team in Šid provided assistance to 1359 beneficiaries and another IDC team in Dimitrovgrad has taken care of 102 beneficiaries in the first month of its work, which makes total number of 3516 beneficiaries provided with medical care by IDC medical teams in a bit more than 2 months.  Besides regular medical treatment by doctors and medical staff, IDC medical team in Sid is providing dental services as well.  Dental services are provided to the migrants from all three camps on the territory of the municipality of Sid in the premises of Community Health Center Sid. In cooperation with Community Health Center of Subotica, IDC provided an ambulance vehicle for the needs of transport of migrants on the territory of Subotica from refugee center to medical institutions. Together with vehicle provided for the same causes in Dimitrovgrad, IDC provided two medical vehicles for the purposes of providing support to the systematic care of migrants on the territory of Serbia.